David Gordon was 3 years older than me and lived in Central Park. I would see him on beautiful days when Mom decided to pull out her sketchpad and draw. David would always make fun of how neat my clothes were for a homeless girl.

“I’m not homeless!” I would shout, “I live in Grand Central Station.”

He’d show off his rotten teeth with the slyest of smiles, “That’s not home,” He snickered, “You’re a bum, just like me.”

I was nothing like David Gordon. I had a palace, a roof over my head with indoor pluming and food at every trashcan on every corner. “I have neat clothes because my mother has to keep up with our reputation back at the station,” I said proudly, “If you live in a palace, you should dress like it.”

“Yeah, and if you don’t they’ll notice you’re a just bum who isn’t waiting for a train.” He laughed, “You and I share the same life, except I don’t sugar coat it.”

Nothing i’m actually working on, just sparked an idea. 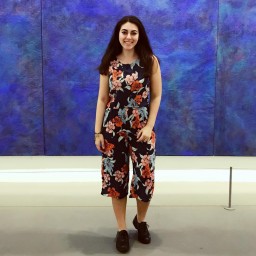